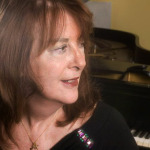 Born in Buenos Aires, Argentina, Sylvia Kersenbaum began her musical training with her mother. Soon afterward, she became a pupil of the eminent teacher, Vincent Scaramuzza. Kersenbaum holds degrees in performance, pedagogy, and composition from the National Conservatory in Buenos Aires and Artists Diplomas from both the Academy of Santa Cecilia in Rome and the Academia Chigiana, Siena. 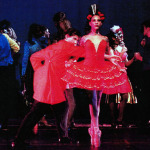 Her version of Tchaikovsky’s Concerto Op. 44 under Jean Martinon was reissued on CD Sg EMI Europe, and Liszt Hexameron included her in their series 100 Virtuosi of the 20th Century. As a composer, Kersenbaum wrote two suites for “a cappella” choir, a cantata for soprano, tenor, choir and orchestra, and the music for Edgar Allan Poe’s, “The Masque of the Red Death“, which premiered as a ballet in October 2001 at the Capitol Theatre (Bowling Green) in collaboration with the WKU Department of Theatre and Dance.

Kersenbaum has been a professor of piano at Western Kentucky University in Bowling Green since 1976. Her performances of Beethoven’s thirty-two piano sonatas on campus and abroad were highly acclaimed. In 1990 she was awarded Honorary Membership of the American Beethoven Society and the WKU Faculty Award for Research and Creativity. 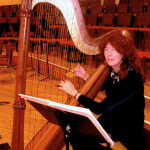 During her time at WKU, Kersenbaum collaborated on many occasions over two decades with the opera theatre programs and as harpist with The Symphony.